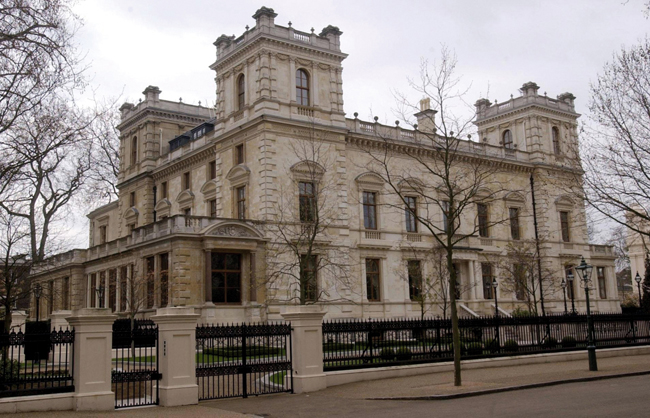 UNITED KINGDOM OUT NO SALES MAGAZINES OUT @*@* The world’s most expensive house, located in Kensington Palace Gardens in West London, has been bought by one of the richest tycoons living in Britain, it was confirmed Sunday April 11, 2004. Multi-billionaire steel magnate Lakshmi Mittal has paid a record $128.3 million, for the 12 bedroom__mansion. The sale is likely to be recognised by the Guinness Book of Records as the all-time highest. (AP Photo/Stefan Rousseau, PA) @*@*UNITED KINGDOM OUT NO SALES MAGAZINES OUT@*@*